This is almost literally a side project. In 1927 a starter motor man enough to turn over a 60HP Diesel did not exist. Kerr Stuart claim to have solved this problem by fitting a petrol donkey engine. It is a strange coincidence that the solution they arrived at is the same in every detail as that offered by McLaren.

On KS4415 the donkey engine is a 4HP Blackburne engine which makes a rather coy appearance in 15/- Change: 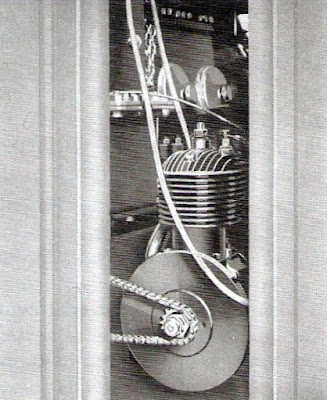 This is the same type of engine as that Rick modified to make into the vacuum pump. With the cash from the FR Society we have sent the magneto for this Blackburne engine away for overhaul, but to make progress with the engine itself we need to make a stand. The base for the stand looks like this: 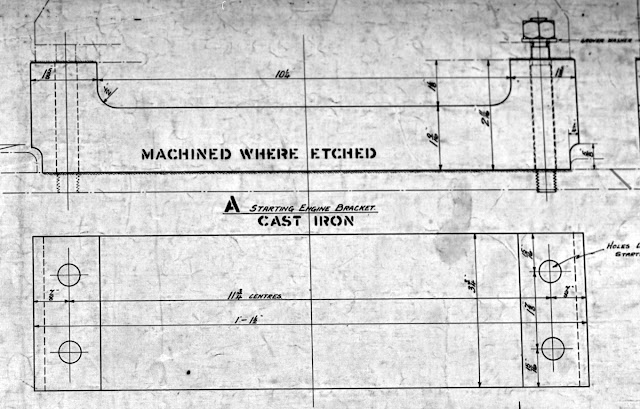 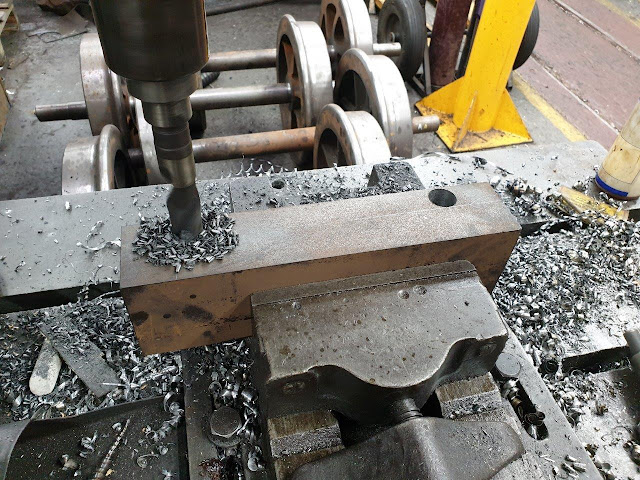 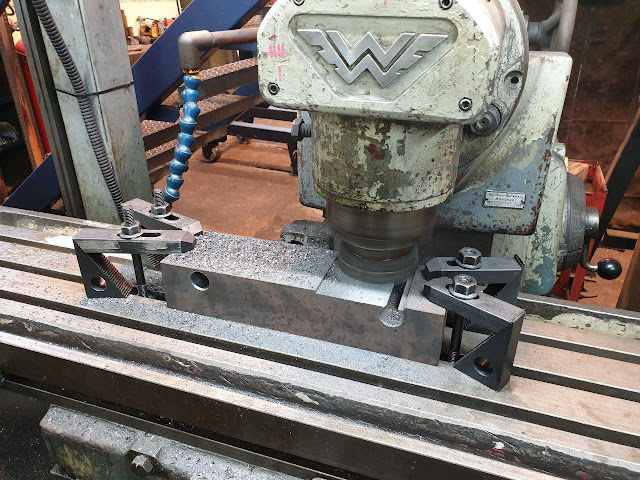 Forming the bottom radii to clear the channel which supports the Diesel engine: 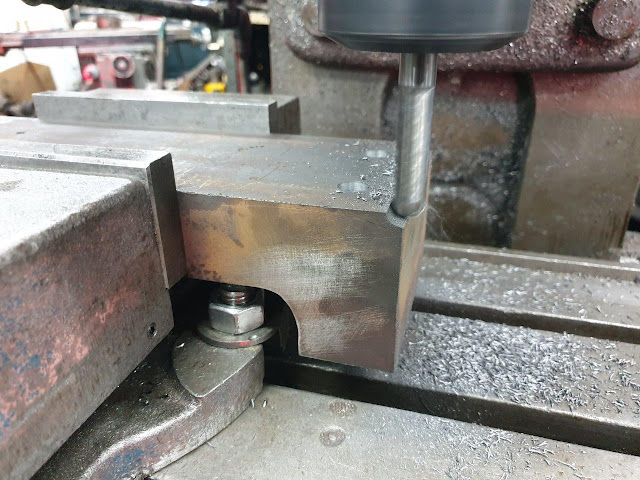 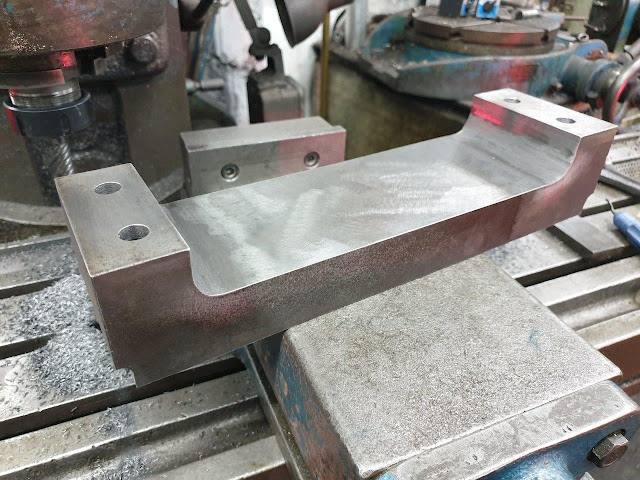 Another component ticked off the list.
Posted by David Tidy at 15:08