All of the stuff in the last blog was a bit of a distraction from the main task which needs to be progressed, that of getting the crankshaft bearings sorted so that the engine re-assembly can commence. Another key task is replacing the cylinder liners. One of these had been removed some time ago and this has been used as a sample to order some replacements.

The old liners were very secure in the block, and only after Mike's Dad's big hydraulic puller had turned up did they finally succumb with a "pop". The look of apprehension on Chris ‘Rimmer’ Barry’s face says it all: 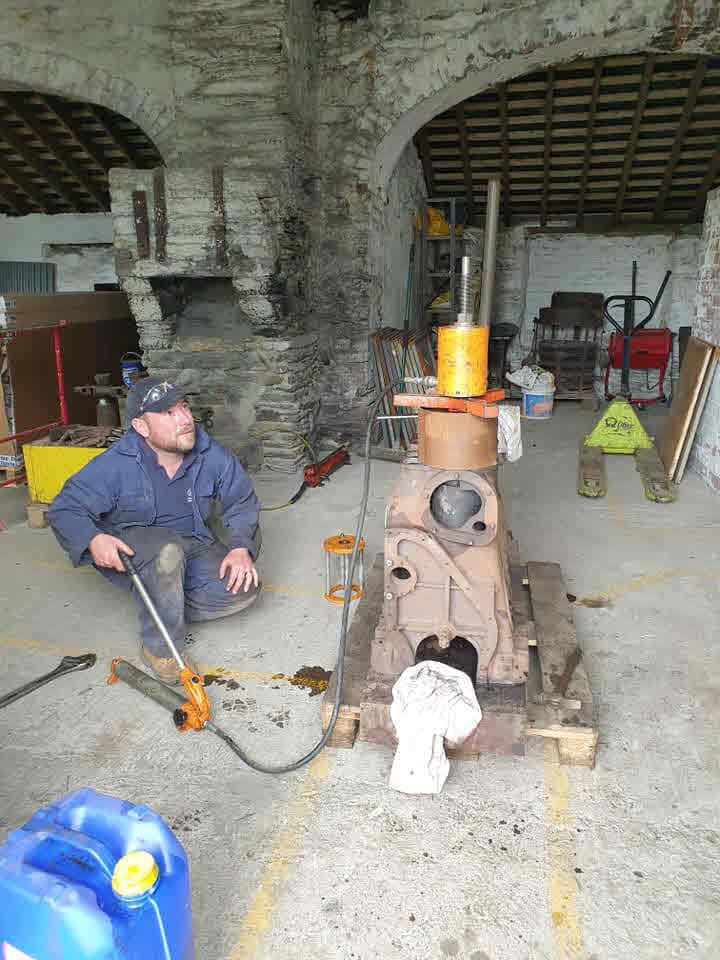 A view down the water way of the empty block is akin to looking down the nave of a Norman cathedral. (The water pump mounts on to the stubs in the foreground): 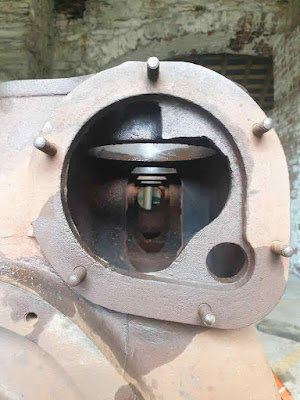 This lovely cardboard box contains the replacement studs to re-assemble the block/crankcase, and also to fit the bearings. They have a metric fine thread; the engine is British made but metric, reflecting its German heritage: 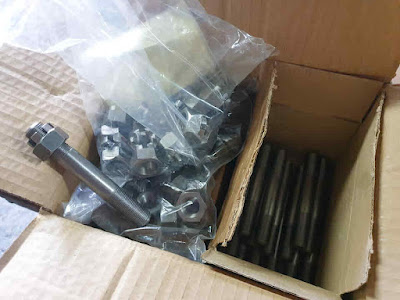 Earle & Ed Ford cleaning out the threads before a trial fit of the studs: 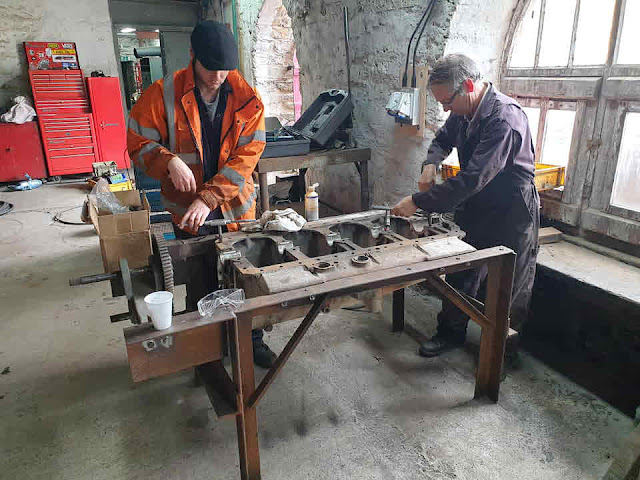 With the stubs re-fitted the block was briefly re-mounted on the crank case, giving a false impression that progress is being made: 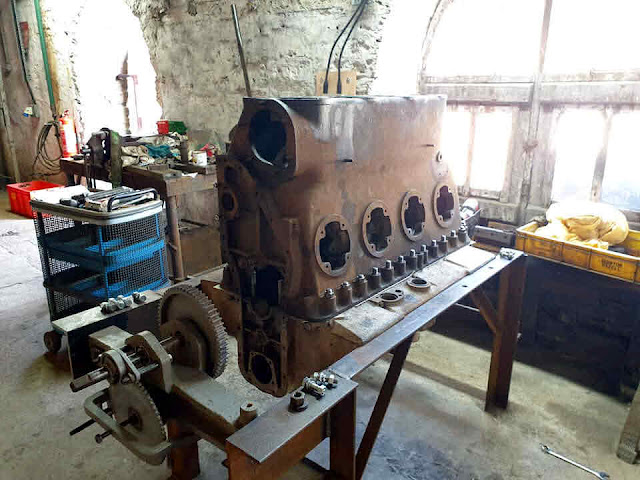 Just to add to all the "fur coat and no knickers" progress being made on engine re-assembly, a shot from Rimmers workshop in Manchester of machining up one of the new rocker covers (or ‘cylinder head dust covers’ to use the McLaren parlance): 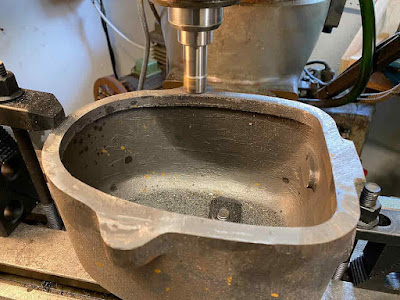 After some debate with the Boston Lodge staff, a decision has been taken that getting the crankshaft bearings white-metalled and re-bored to Diesel engine tolerances would be better arranged as an outside contract. So the big bits of the engine have been palleted up and dispatched to Formhalls, a specialist vintage & racing engine restorer, who has also been tasked with fitting the liners and re-metalling the big ends.  Crank case and pistons are on this pallet: 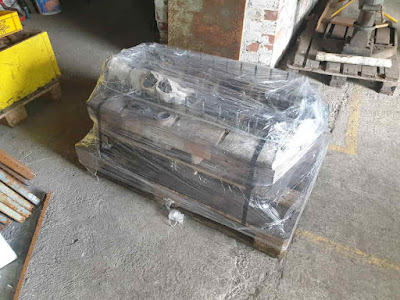 Crankshaft, engine block and cylinder liners are on this one. The studs and bearings are in there too somewhere: 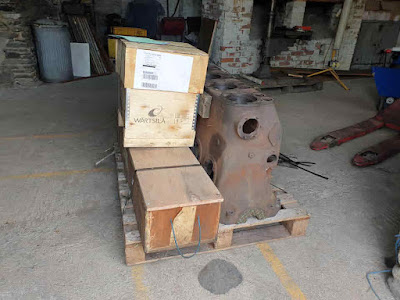 If you’re thinking, wow, when that comes back all the big bits will be together, don’t!

There is quite a bit of cleaning up to do when it returns, particularly of all of the oilway runs. But significant re-assembly is approaching.