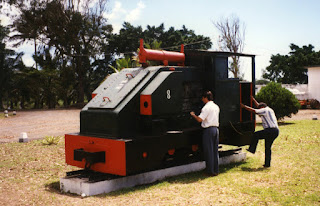 Following the demise of Kerr, Stuart & Co.Ltd. their assets, including 4415, were acquired by the Hunslet Engine Company of Leeds.  In 1934 the loco was regauged to 2'0" for Monsieur Soumeilhan, a member of the  founding family of the Union Vale Sugar Estate of Mon Tresor & Mon Desert Ltd in Mauritius. 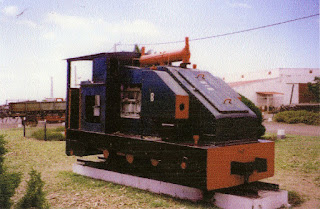 It arrived  carrying a works plate dated 1934  and worked there regularly for many years.  In 1945 a new engine was installed.  In 1962 it became the reserve locomotive, acting as a standby to theregular locomotives.  After the estate's rail system was abandoned in 1971, a proposal to scrap it was rejected by M. Pilot, the works engineer, and the loco was plinthed, where it remained until repatriated.