If you go back to the blog entry for 21 January 2017 the acquisition of a 4HP, 500cc Blackburne side valve engine for use as the vacuum exhauster was described.

Kerr Stuart Drawing 33728 illustrates the components needed to convert a Blackburne engine into a vacuum pump (and also, incidentally, how to convert the vacuum pump into an air pump for the subsequent trial on the Castlederg & Victoria Bridge Tramway).

The drawing was issued for the vacuum brake components on 8.2.29, with the air brake modifications being dated 19.11.29. Thanks to Blackburne engine enthusiast Martin Shelley, we have been able to obtain new pistons for both the pump and the starting engine. Rob Collins pointed us in the direction of vintage engine reconditioning specialists T&L Engineering to bore out and tidy up the cylinders to suit the new pistons.

Test fitting the new pistons in the bored out Blackburne engines for the starter engine and vacuum pump: 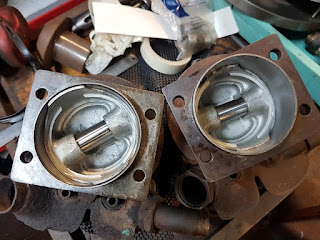 Inevitably the engines do have some other signs of age. A broken valve guide has been removed and replaced: 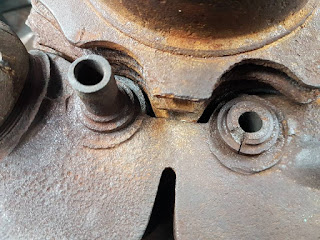 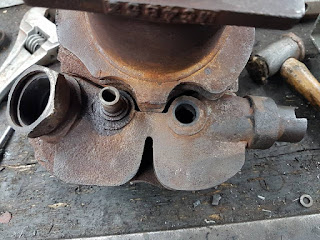 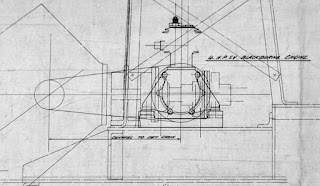 These are the manufacturing details from the same drawing. Interesting use of the word ‘key’ to describe what we now call a spanner. 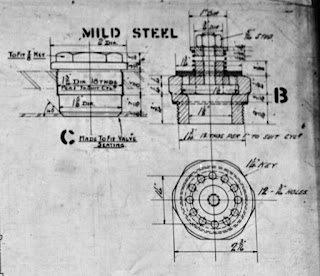 Rick has lovingly crafted these bits (including the spring, which we also have a drawing of), and they have subsequently been fitted to the cylinder head of one of the two Blackburne engines: 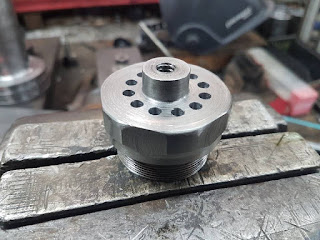 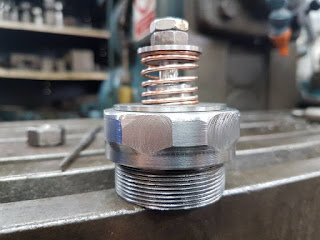 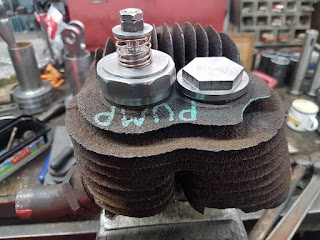 One of the things we do not have a dimensioned drawing of is the cradle to mount the exhauster, but this cradle was supported on a cast iron block with two keyway slots machined in it: 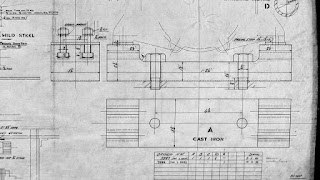 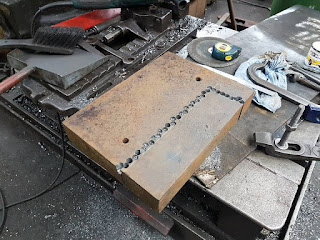 I’m sure there is a freemason analogy to what happened next on the milling machine: 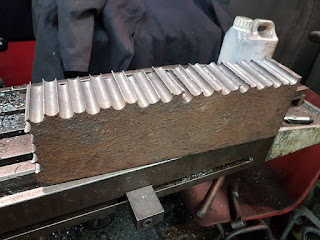 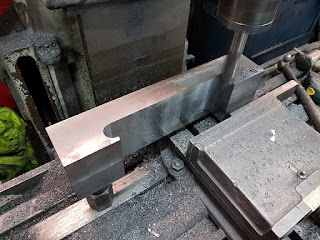 While we don’t have a drawing for the engine mount cradle there more than a whiff of what is going on in the other drawings, so Will High has been drafting up some bits for laser cutting.

This is the modified engine, with one valve removed (and blanked off), no magneto and no carburettor, ready for its new role as a vacuum pump: 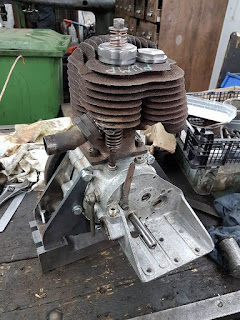 Fit pump in lathe, stick vacuum hose out of window: 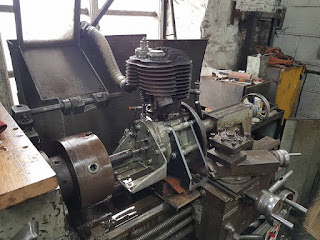 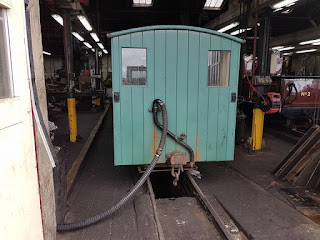 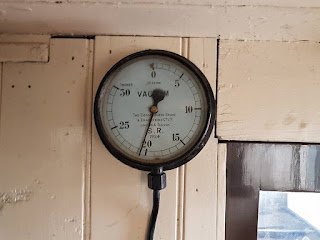 Whether this can be achieved in field conditions only time will tell.