Rick, Matty & Monkey have overcome the interface issues which left the gearbox on physical chain block and storyline cliff hanger in the last report. Overcoming the interface issue, meant a trip for the clock side mounting plate. 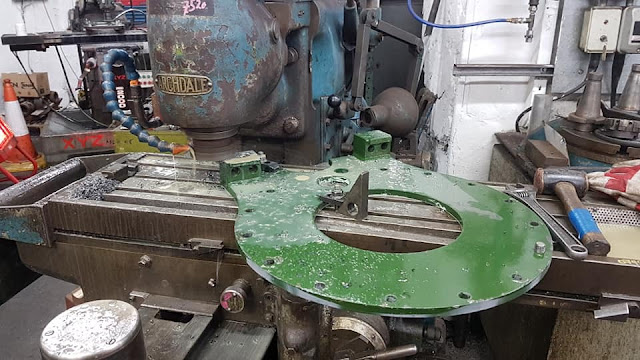 In this view of the gearbox being finally lowered into the frames, the fact that the engine and gearbox are not on the centreline of the locomotive is all too apparent. 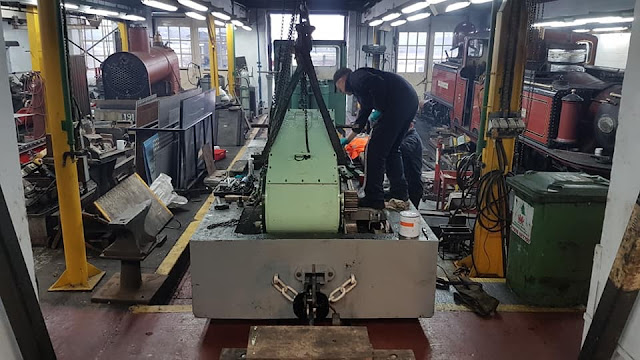 This photo shows the final drive gears (external to the gearbox) and the drive chain from the layshaft to the leading axle and gives an idea of how little room there is between the gearbox and longitudinal frame stretcher to squeeze the new clamping plate in. 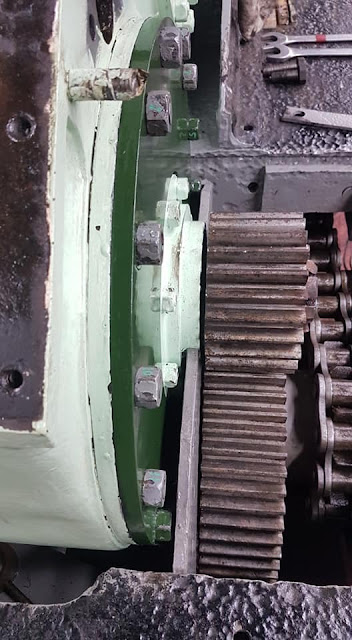 On the engine side there the clamping plate is positioned outside the frame stretcher (hence the need for the spacer ring described in the 11/10/18 report. As it is a new component the clamps are assembled with metric bolts. 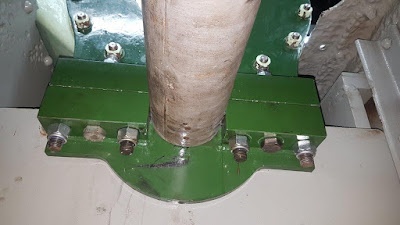 There is a cast iron spacer which sits on the layshaft and holds the gearbox in place laterally. This has been trimmed back, so that it now locates on the clamping plate rather than the gearbox. Two flats have also been machined off to allow the spacer to fit between the clamp plate bosses. 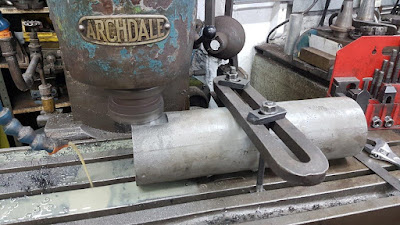 With the gearbox now fitted the interior has been cleaned up. While the working of the gearbox was described in the 6th December 2017 report, it will not harm to describe it again. By moving the bevel gears on the upper shaft to the left or right (so that they engage with the unseen gear on the incoming drive shaft) the upper shaft can be made to rotate clockwise or anticlockwise. The motion is transmitted by chains to the lower shaft. On the bottom shaft whichever dog clutch is engaged determines if you are in the high or low gear. 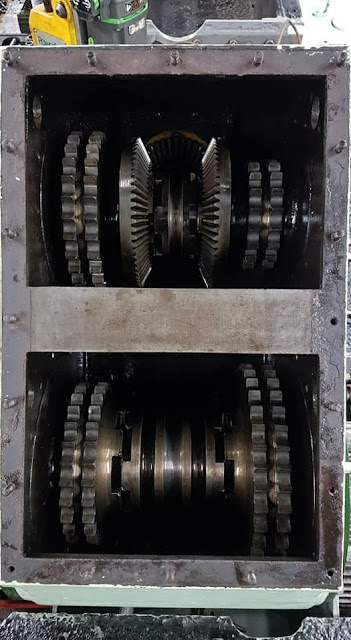 Close up of the lower (speed) shaft. The splined output drive shaft cab be glimpsed between the dog clutch teeth on the left hand side. The selector (see image below) engages with the central groove to move the clutches left & right. 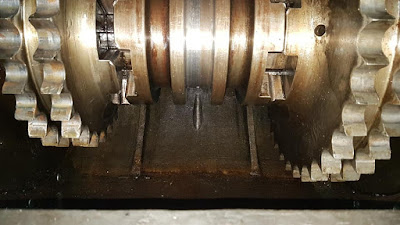 Close up view of the forward/ reverse gears. No work has been done to these gears, other than a clean-up. 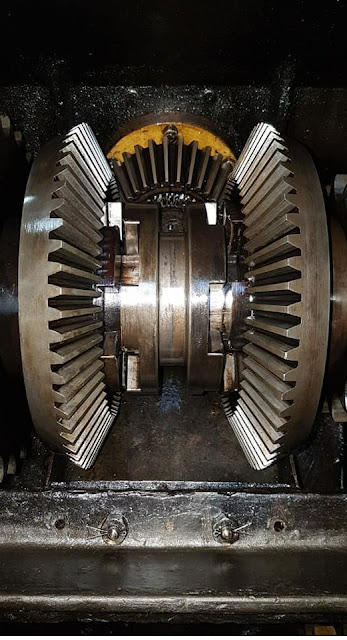 Gearbox with chains and selectors re-fitted. 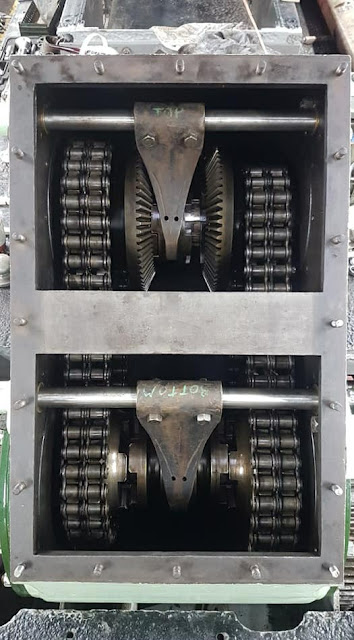 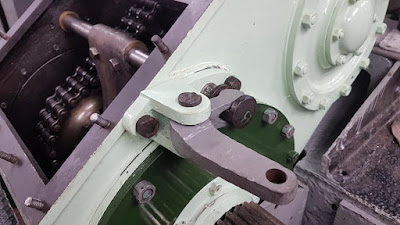 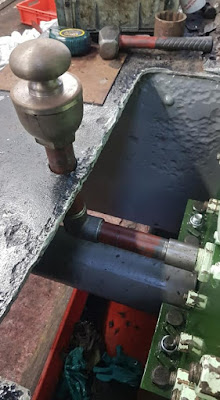 Matty eschews Ricks handiwork with the oil filler and pours another 5 gallons of oil into the ‘box. 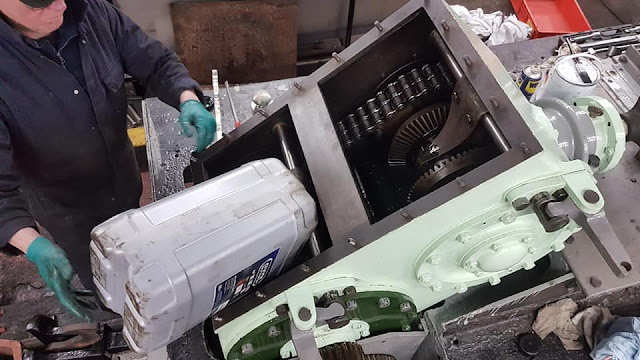 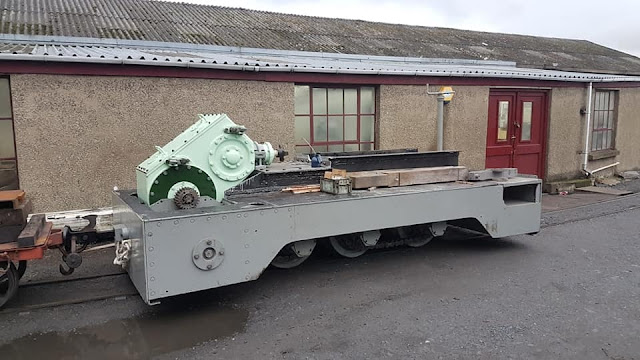