The last blog entry closed with advice from McLaren regarding starting the engine from a Diesel perspective; crank away and the engine will fire’. The first working party of 2021 saw a new base established for the engine restoration in the recently restored Blacksmiths Shop at Boston Lodge. The Blacksmiths Shop project is not complete, so there is an element of camping out but has the big advantage of being a space that does not need to be vacated after a working party which will save a lot of time.

Martin Greenland had a concern that the Blackburne engine may run ‘the wrong way’ relative to the Diesel and this led into an investigation of the starting gear arrangement. We have been very fortunate that the McLaren engine from Armley Mills arrived with a kit of parts to assemble the starting gear and it is apparent from the various holes in the frames and glimpses of the cab interior in photographs that the starting arrangement is of McLaren and not Kerr Stuart design and manufacture.

In a moment of keenness a couple of bits of angle have been welded to the temporary engine frame to allow the starting gear to be erected. 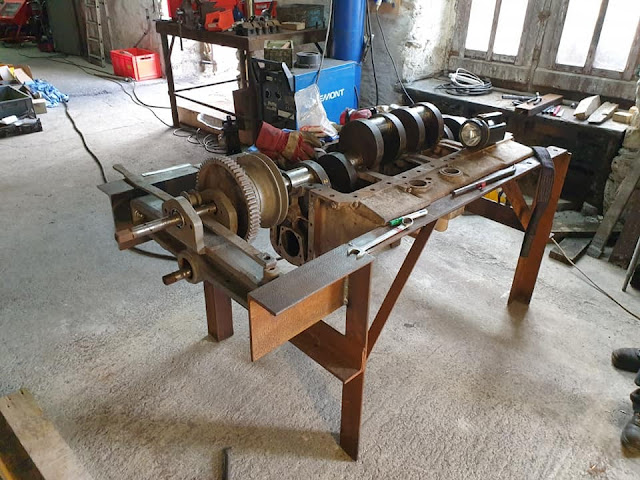 Like many mechanisms it is simultaneously simple and complicated, so don’t start reading this unless you are fully committed or desperately need to get to sleep. The view below shows the upper shaft of the starting gear. The pulley on the left is attached to the crankshaft and drives the water pump and fan. Between it and the gearwheel is a ‘claw clutch’ (as McLaren call it). The claw clutch is engaged/ disengaged by the horizontal lever in the upper photograph. 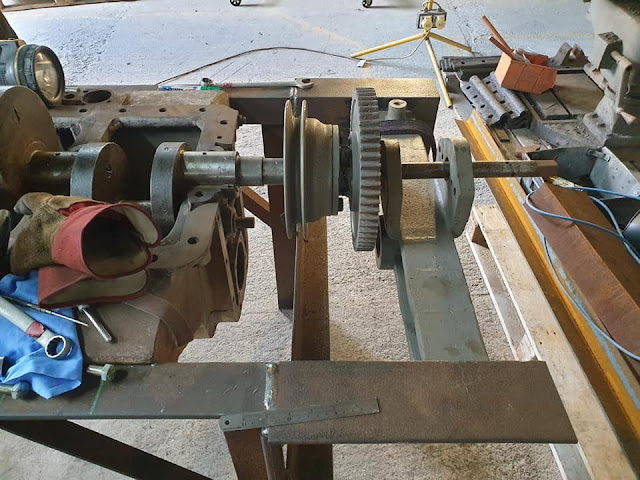 The view below is of the claw clutch. When the claw clutch is engaged it is possible to turn over the Diesel engine by hand by placing a handle on the square on the outer end of the shaft. If (or should that be when) the Diesel engine fires up it will rotate faster than poor sap turning the handle and over-ride the clutch which can then be disengaged. 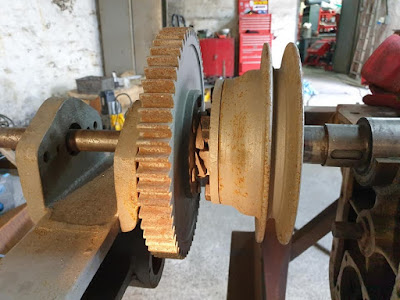 The lower bearing in the mechanism carries a shaft which is powered by the petrol engine and which drives the Diesel engine via the gearwheel. This view of the Armley Mills restored winch is from a similar viewpoint on the opposite side. The chain drive from the petrol donkey engine can be seen on the RHS in this view. 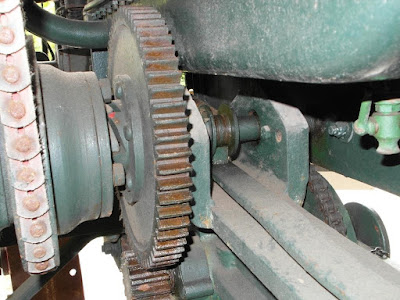 This view of the radiator end of the Armley Mills winch shows the lower shaft mechanism, chain driven in this instance by a twin-cylinder, water cooled JAP engine (also fitted to some of the 60HP Diesels, but not 4415). 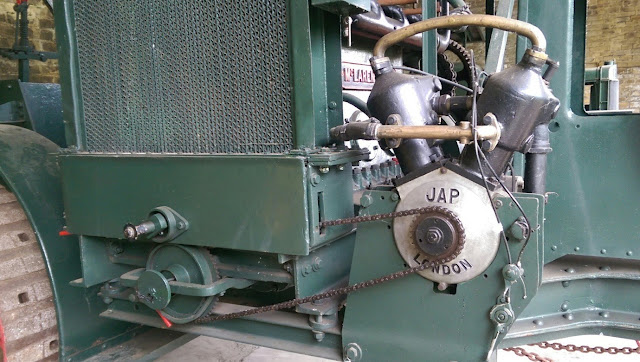 There’s a bit of work to sort out the friction clutch plate and the ‘small hand brake’, but we do have all of these components. 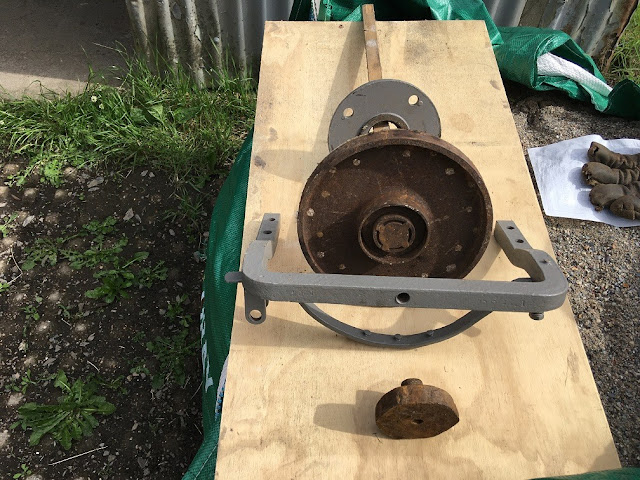 What a relief it must have been when starter motors and batteries had enough oomph in them to start a Diesel. Fortunately the McLaren Running Instructions tell you all you need to know about what you have to do & when, which is a little bit more than the present day equivalent; insert key and turn clockwise. 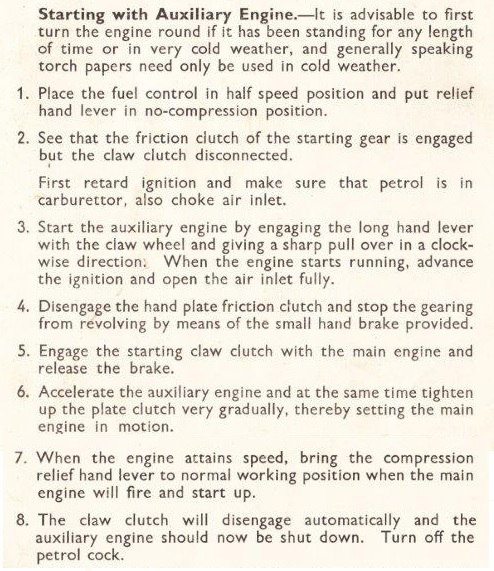