Progress is being made on a number of fronts at the moment and it is reassuring that not only are jobs being started but they are also being finished.

This is the actuating crank for the band brake after some fettling by Mr Bishop: 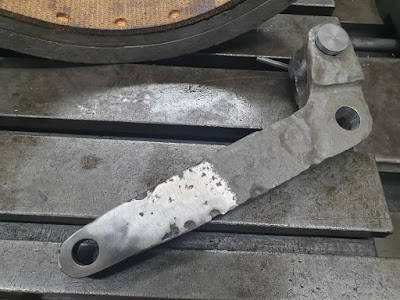 The new pin on the clevis end (shown fitted in the above photograph) is held captive in the crank by what the drawings refer to as ‘a feather’: 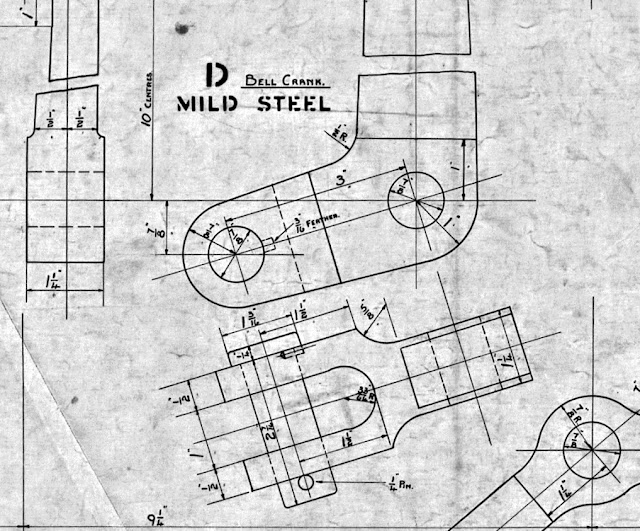 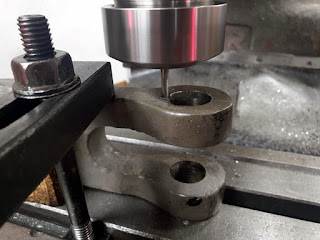 This is the feathered pin in the hole: 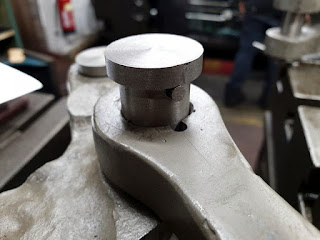 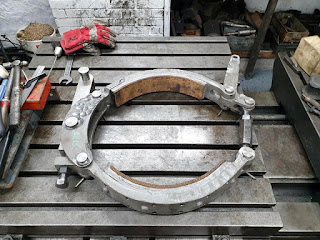 The band brake assembly has now been fitted to the layshaft, alongside a reminder of how things looked at the start of the project.
The chain is new, the hanger from the rear bracket has been replaced, all of the other components are original. 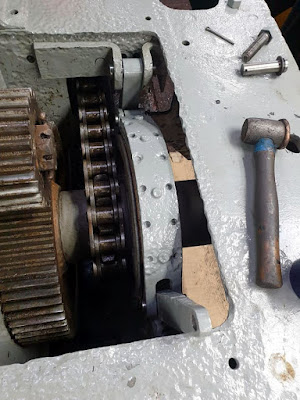 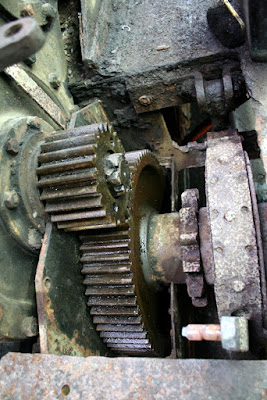 Elsewhere Clive Bickley has finished transforming our begged stock of teak into a beautiful pair of shutters for the cab: 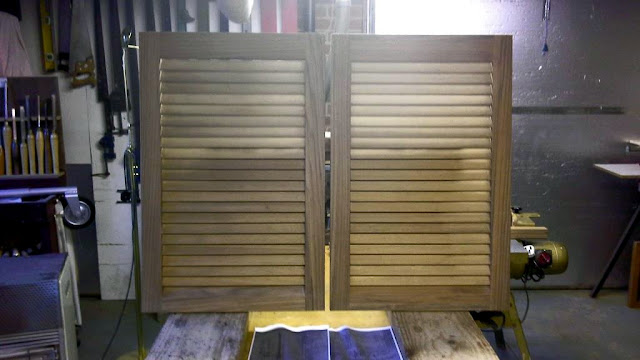 These contain no original parts, the originals only lasted 6 months as they were removed when the cab was cut down to allow it to run on the Ffestiniog. 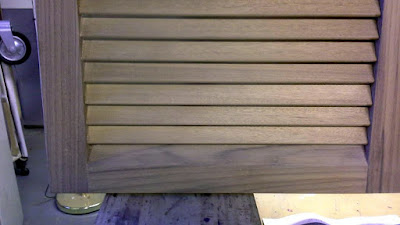 They are going straight to the finished parts store; we are a little way off cab re-assembly!
Posted by David Tidy at 10:45